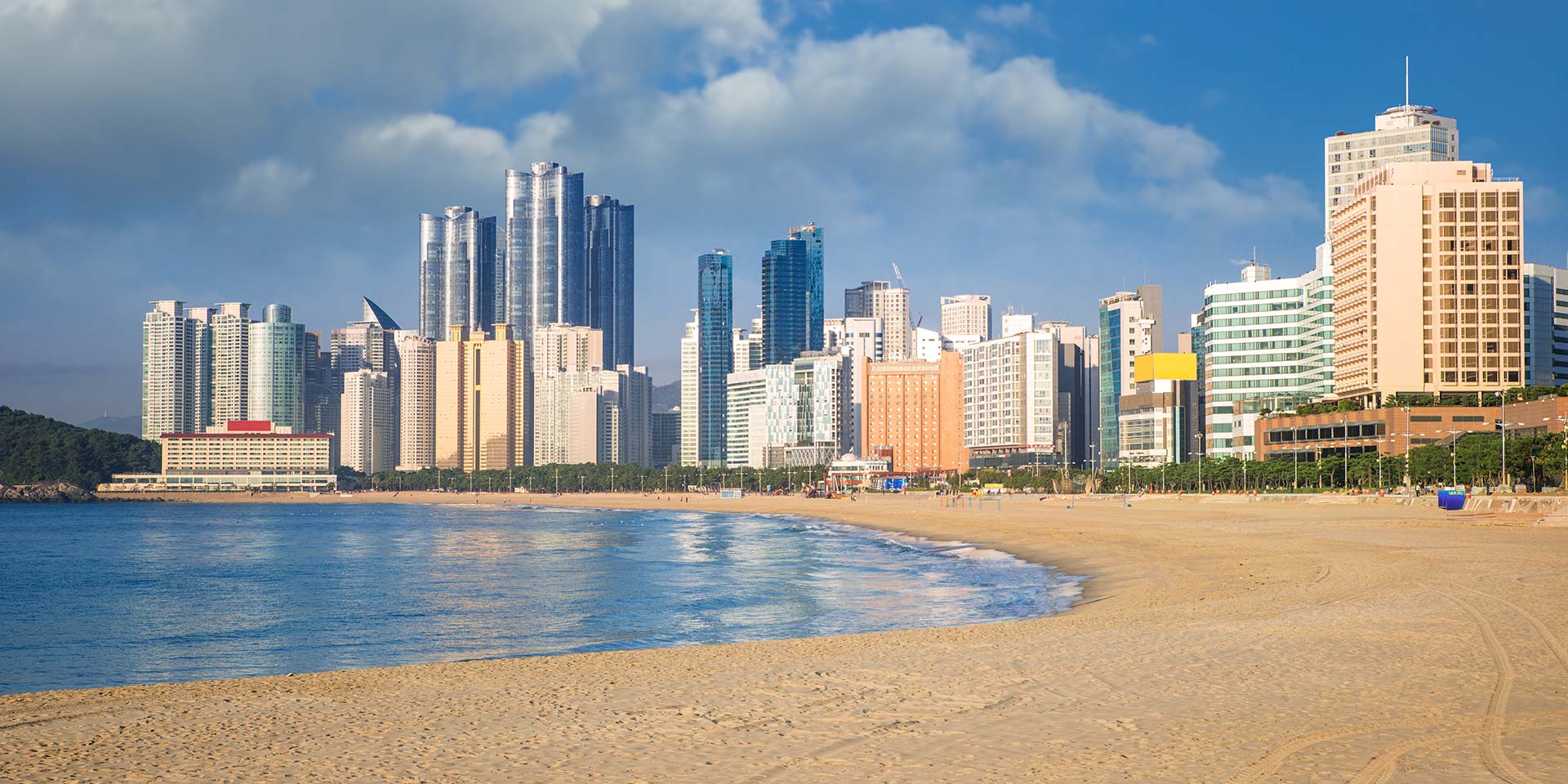 Welcome to the Games Room. These games were created using JAVA and PERL and MACROMEDIA FLASH. For the FLASH Games, you may have to download a Flash plug-in, but if you have the most recent browsers, you likely already have them.

If you have or know of any games, (small ones please) that you would like to see here, send us an email with the particulars and where we may get it.

Battleship
You against the enemy on the open seas

Dog Bones
Can you help Rover find his 5 bones?

Find The Words
See if you can find all the words in a 16×16 matrix of letters.

Palace Guard Jigsaw
Be the fastest on the Internet as you put together the Palace Guards.

Pic-N-Pair (People)
Race against the clock as you try to match the correct pair.

Pic-N-Pair (Sports)
Match the names of the athletes asscociated with their correct sport.

Raku Jr.
Flip all the tiles back to blue in a few moves as possible.

Robix
Get your 10 marbles to the bottom before the computer.

Roman Coliseum Jigsaw
Put together the Coliseum faster then anyone else on the Internet.

Shell Game
Guess which cup the ball is under.

Space Run Game
Avoid the meteors while you pick-up the floating Calorie Kids.

Topic Tangle Jr.
Race the clock as you unscramble words related to a topic.…

TORONTO CHAT ROOM: This is a new system. You may have to re-register. Registration take less than 1 minute.Please Read the following if this is your first time using this chat.

Entering the CHAT ROOM means you have read and agree with our disclaimer.

We will monitor usage and, if necessary, we will add new Chat rooms, if this one gets too busy.

This chat was developed for SAFE interaction between old and new friends. To keep it safe (and friendly), we have these recommendations:

Here are some tips to keep this CHAT ROOM safe (These rules should apply to all IRC, ICQ, Internet Relay Chat, Chat Rooms, etc):

If you keep these things in mind, CHAT ROOMS can be great fun.

You will find this chat easy to use, but here are some pointers:

Live Interactive Message Board, Welcome to the moderated Beacher’s Corner. This section is now in a discussion group format, which allows you to post new messages and reply to existing messages.

We will not display your email address, but people can reply to you through our reply box, (they will not know what your address is), or they can post a response to this board.

Please note: Postings for Accommodations, Employment or with a Commercial message will not be accepted. Use our FREE Classifieds section instead.

Read our acceptable use policy to see which postings are acceptable.…

Welcome to the Toronto Beaches or the Beach, a popular neighbourhood and tourist destination located in Toronto’s East end. Known worldwide for the the nice strolls along Queen Street East and of course it’s sandy Lake Ontario shoreline, it is also a great all season spot for a cup of coffee, a great dining experience, some fun shopping – or just a nice stroll! 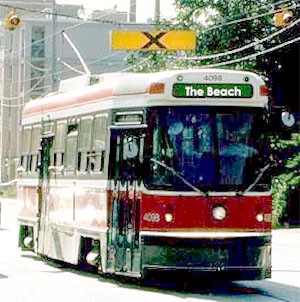 The Beach (or Beaches, depending your point of view) enjoys a high profile in the Toronto Real Estate market, and properties here enjoy a substantial ‘location’ premium. The avenues are mostly lined with semi-detached and larger Victorian, Edwardian homes from the around 1900 and the 1920s. There are also a good number of newer luxury homes. There are also low-rise apartment buildings and row-houses; fortunately there are limits of the height of buildings in the community.

There are still many thriving businesses on Queen Street East and Kingston Road, many of them independent niche stores, a lot of cafés and fine restaurants. There are some good entertainment spots as well. 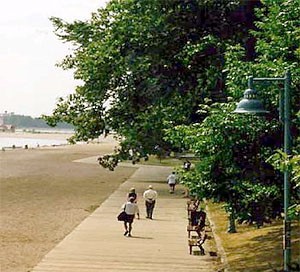 The Beach Boardwalk is one of the premier tourist destinations in the area. It’s 3 km long, and there are some nice scenes to be seen. Besides… this area is a park in itself, beautiful with picnic tables, biking and roller-blade trails & a sandy beach.

This community is situated between Victoria Park and Coxwell Avenues, and it is south of Kingston Road, while the Upper Beaches reaches up to Gerrard St. East.

There are several parks and gardens in the area – and lovely parkland along the beach and boardwalk.

Finally there are the Beachers themselves. People like living here – and it shows.

There is a wonderful small town atmosphere that surfaces on warm days, cool nights and during events like the Beaches International Jazz Festival or the Beaches Lion’s Easter Parade.

Great Amateur Photos
By Beach resident Mike Kelly. Some great pictures of Leuty Life station, summer and winter, and some other great photos.

Ashbridges Bay Park
A ‘walking tour of the park with some really great photos of hangouts, shorelines, wildlife, and views of Downtown Toronto from here.

Funky Places
Pictures of some funky, bohemian or just plain eccentric shops in the Beach. And surprise! They’re not just on Queen Street.

Busy Places
Some of the places you’ve heard about in the Beaches and wondered where they were. They may not be tourist attractions, but the Beach wouldn’t be the Beach without them.

Beautiful Beach Scenes
The Beach lends itself to beautiful images, scenes. From the Scarborough Bluffs all the way over to the point just west of Woodbine Avenue, there are some spectacular scenes.

Remarkable Homes
They’re all pretty remarkable, ask any Real Estate agent. This area is prime stuff for the property trade. However, some people won’t be letting go of their homes for any price…

Kew Beach Memorial Gardens
Yes, this is home to several fairs and concerts throughout the year. But go there when nothing else is on, you’ll be pleasantly surprised.

Ivan Forrest Gardens – Glen Manor Park
A perfect place to rest during your work day down in the Beach or during a visit, especially when you are aware that there is much to do and see East of Hammersmith as well!

R.C. Harris Water Filtration Plant
The R.C. Harris Filtration plant is more than just a cool place to have a tour of. It’s a large park with rolling lawns, spectacular views. Just follow the Boardwalk east and keep going.

The Boardwalk
You’ve seen it on TV, but hopefully you’ll agree that we have some shots that are even better. It’s 3 km long, and there are some nice scenes to be seen. Besides… this area is a park in itself, beautiful with picnic tables, biking and roller-blade trails & a sandy beach…

Glen Stewart Ravine
Escape from the city. There are four or five entrances to this little park. You can get in via Beach Avenue and Kingston Road, and down near Glen Manor and Queen. You would be surprised how quickly the noise dies down when you enter this small park.

Woodbine Park – New Beach Development
Things are really starting ot come together in the new development west of woodbine. There is a beautiful park, some lovely wetlands, and some picture perfect landscaping.

Jazz, Jazz and Even More Jazz! The Beaches International Jazz Festival is delivering its 16th continuous year of music offerings a la jazz, entertainment and fun! We intend to host over 800,000 guests this year during a week long celebration that starts with PartiGras, (located at the Historic Distillery District in downtown Toronto) and moves on to the Ovation of Jazz event at the Balmy Beach Club, three nights of StreetFest,

(featuring more than 50 bands along a 2 kilometer stretch of Queen Street East in the lakeside Beaches community), and two days of continuous Main Stage concerts at the Beaches’ Kew Gardens.

“As we move ahead to the 2004 edition of the Beaches International Jazz Festival ideas are in play to bring in a new artists stage in the Historic Distillery District as part of the PartiGras celebration. This will be an area designated for performance and late evening jam sessions reserved exclusively for up and coming artists and music students.

This year the main stage activity will feature a variety of music from dance – the Randolph Academy of the Performing Arts – Tribute to Duke Ellington, great blues, jazz , Latin and world beat sounds. We will also have an area that will deal exclusively with vocal performance. My idea is to expand the Real Diva series that ran for 14 successful months into the Distillery and present artists such as Heather Bambrick, Alex Pangman, Sophie Milman, Jennifer Ryan, Melissa Stylianou, Rebecca Enkin and others.

We will also feature a great measure of local blues and an area reserved for Latin dance and music.

This year we plan to do a turn over in the highly visible and successful Beaches International Jazz Festival street scene. More and more jazz – some new names– some established names. The emphasis will still be on variety.

The main stage events in Kew Gardens will focus on Latin music – with two high end bands from Cuba, an all star band from Barbados, Jump Blues, Blues, vocals jazz, and mainstream jazz. There will also bean eclectic mix of bands that

don’t fall down the middle in jazz but have absorbed a good bit of the soul and improvisational pull of the genre.

The heart of the festival is the wealth of music we bring to the forefront each year. Sunday morning gospel send off with Heart to Heart last year was a big crowd pleaser. I see us doing much the same this year and have no doubt that 2004 will prove to be another exciting year for the Festival.”